In the matter of genders, we are a region that can be said to be both progressive as well as backwards. But lets look at it from the point of view of being a progressive first. Let me also make it clear that when I use the word “region” I refer to the Eastern side of the globe, especially within the context of South Asia. 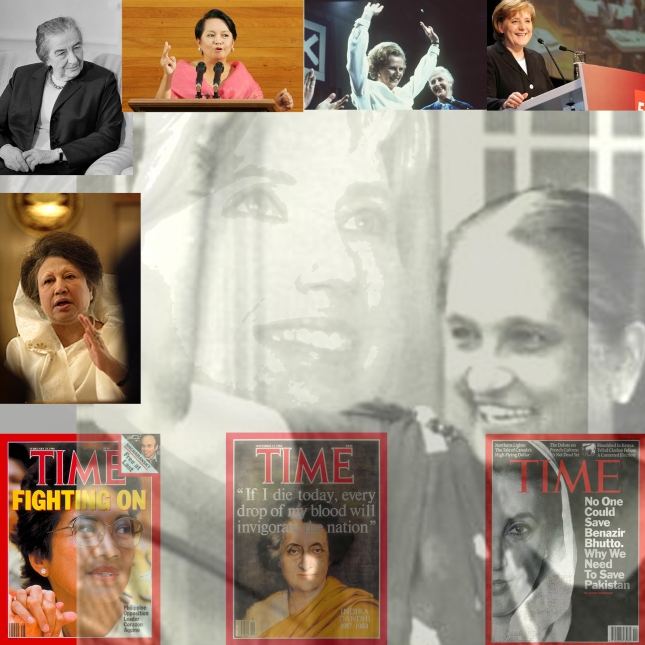 The East can very proudly claim to have the first woman Prime Minister, Sirimavo Bandaranaike (April 17 1916 – October 10th 2000) of Sri Lanka.  Not only was she the first female head of the Sri Lankan Government, but was also the world’s first female head of any Government. She served three terms as the Prime Minister of Sri Lanka and Ceylon, these being from 1960-65, 1970-77 and 1994-2000.

She was followed by Indira Gandhi from India (1966 ,1980)  – this was long before the West was going to elect  Golda Meir (1969) or  Margaret Thatcher (1979). From the Far Eastern side of the globe, that is Philippines, you had Corazon Aquino (1986) – a symbol for love and peace, who was swept into the office after her bloodless “People Revolution” led to the downfall of Ferdinand Marcos. END_OF_DOCUMENT_TOKEN_TO_BE_REPLACED