Politics is a dirty game, and more than that it is a game that requires wit, cunningness and the recognition of the opportunity when it comes in front of you. Imran Khan, right now, is doing the same, however whether that opportunity is worth the risk is another debate. But there is no doubt that his popularity has today risen to a level where if you are not a Pakistan Tahreek-i-Insaaf supporter, you are bound to get some serious lashing and ultimately leading to the conclusion, “Oh that means you are a Zardari supporter”, *SIGH* (But more on PPP later). 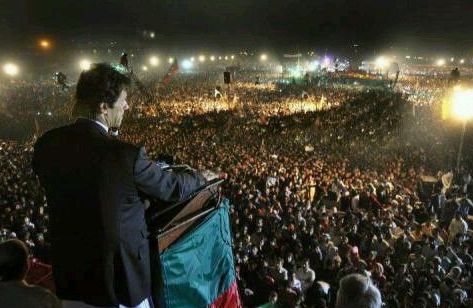 In its initial days, there was little buzz regarding this party and the supporters that you would find on the streets were few and far between. His charismatic appeal was still his Cancer hospital and the 1992 World Cup victory. But beyond this, there is little in him that can attest to his leadership qualities.

Founded in the year 1996, the man’s leadership capabilities were being judged by the way he led the team in 1992, and as the only victory to his name, there was little or nothing more to attest to his Political Career. The initial members who joined the party were much in awe of this man. But there was another reason as well, or so is my analysis.  END_OF_DOCUMENT_TOKEN_TO_BE_REPLACED